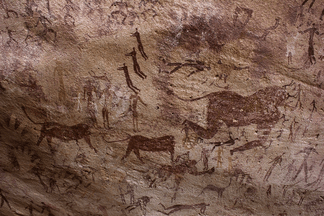 Caves – or rock shelters – have been studied by archaeologists for the past two centuries, with specific focus on the investigation of prehistoric cave paintings, ceremonial use and other evidence of occupation. More recent history has been studied through the analysis of evidence relating to exploration, mining and recreation. Caves have the potential to preserve artifacts and other archaeological evidence for tens of thousands of years due to relatively constant temperature and humidity and limited external disturbances.

Cave artwork has been discovered through much of the archaeological record, spanning back to the last ice age (up to approximately 45,000 years before present; Brumm et al. 2021). Such artwork is generally composed of black (e.g. charcoal) and/or red (e.g. iron oxide) paintings as well as engravings (often made with flint tools). While radiocarbon dating (14C) can be used to date the artwork pigments, this method is destructive and can destroy the integrity of the priceless paintings. 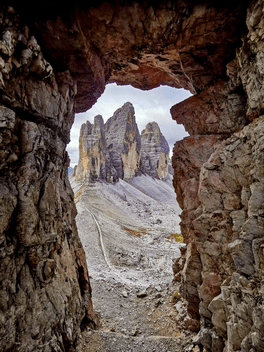 Occupation of caves through time can be documented by uncovering a variety of samples or artifacts including tools, animal or human bones within different layers of cave deposits. In periods of extreme conditions (e.g. ice ages), caves have been used as a place of refuge and safety. In a recent study by Ardelean et al. (2020), the researchers found thousands of stone tools, reflecting a history of prehistoric occupation in Mexico’s Chiquihuite Cave. While stone tools can be difficult to date given the age of the rock used, the authors radiocarbon (14C) dated the surrounding gravel to pinpoint the occupation to the last ice age (25,000 – 32,000 years before present). However, this dating technique relies on the assumption that the tools were not moved to deeper layers after use. Dating of such tools can also be completed through U-Th dating of stalagmites, flowstones or carbonate crusts encompassing the sample. If the tools are metal in composition, lead isotopes can be utilized to establish the geological origin of the metal used and in this way, directly addressing issues of trade, trade relationships and movement of objects.

Ceremonial and mortuary use of caves has varied through time, depending on local cultures and context. For example, within the Neolithic period the bones of people have been deposited within Devonshire caves due to perceived negative illnesses and modes of death as these individuals were characterized as “malign souls” (Hertz, 2004; Leach, 2008). 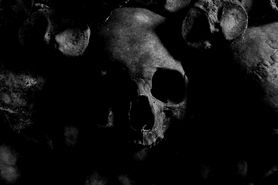 At this time, it was believed that dangerous spirits of such individuals could be permanently tied to a place and thus unable to move onto the next world if their remains were contained within caves (Lord & Howard, 2013). Such bones can be dated using radiocarbon (14C) dating (present – 40,000 years before present) or U-Th dating (up to 500,000 years before present) depending on the date of death and burial conditions. As these individuals may have been born or spent their lives in other regions, isotopes of strontium (86Sr/87Sr), oxygen (δ18O, biogenic apatite) and carbon (δ18C) can provide information about place of origin and lifetime migration patterns through the development of isoscapes.

Animal Bones are commonly found in caves, with evidence of human intervention including cut and barb marks on bones and antlers. For example, in a recent review (Lord & Howard, 2013) the authors noted a return of people to Yorkshire during the Younger Dryas interglacial period (approx. 12,700 BC) following the last glacial maximum. During this time, generations of brown bear bones who hibernated in the Dales caves were sequentially replaced by bones of wild horses and reindeers exhibiting cut-marks from stone tools representing the return of human presence in the area.

More recent cave exploration over the past few centuries can be uncovered – often in pristine condition – due to dry, low oxygen conditions in many caves. Recently, a time capsule of a 200 year old cobalt mine was discovered in Cheshire (England) with everyday objects such as shoes, pipes and mining tools as well as physical evidence of the miners including fingerprints along the cave walls (National Trust, 2022).

Learn more from our on-demand webinars:

Hertz, R., (2004). A Contribution to the Study of the Collective Representation of Death. Death, Mourning and Burial. A Cross-Cultural Reader.

The National Trust, (2022). New discovery at Alderley Edge in Cheshire offers a glimpse into a mine in production during the Napoleonic Wars, with personal objects, equipment and inscriptions the workers left behind. Press Release, July 12, 2022. Available at: https://www.nationaltrust.org.uk/services/media/rare-time-capsule-cobalt-mine-abandoned-over-200-years-ago-is-discovered-in-cheshire