The details of animal origin and migratory routes through terrestrial and aquatic systems can be traced through the analysis of various stable isotopes including strontium, neodymium, carbon and oxygen.

These four elements have various different isotopic forms; those with slightly different atomic masses due to varying numbers of neutrons. This results in both heavy and light versions of the element, the latter of which is generally most common in the environment due to the ease of movement and relatively weaker bond structure. Due to the different physical properties of isotopic pairs, specific environments or situations can usually be tied to one form of the isotope or another, as described below. 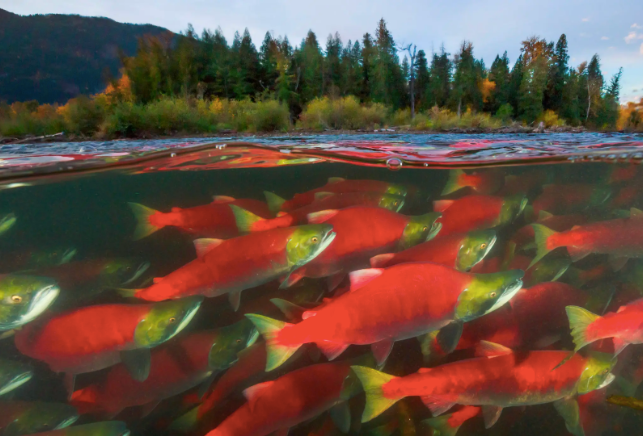 Geological units have a specific strontium isotope (87Sr/86Sr) composition due to the geochemical make-up of the rock forming minerals. This signature is imprinted onto the above soil horizon as well as to the water, which is integrated into the overlying plants and eventually integrated into animals who consume the plants. As a result, the distinct isotopic signatures in geological units are transferred through the geosphere to the biosphere, connecting an animal to a specific area. Depending on the availability of data, there is potential for very detailed local scale mapped strontium ranges, which can pinpoint place quite accurately. For example, Brennan et al. (2015) utilized strontium isotopes to assess natal origins and migrations of Pacific salmon through time. The authors were able to develop a fine-scale reconstruction of habitat and life stages for this highly migratory species, providing important insights for future conservation efforts.

Different types of plants have different carbon isotope (𝛿13C) signatures, broadly differentiable based on the C3, C4 and CAM vegetation types. This carbon is integrated into the structure of any animal who consumes the plants, impressing the carbon signature into the animal’s tissues. In cases where the vegetation of a landscape is well documented, the origin and movement of animals over time can be traced by analyzing variability in 𝛿13C through time. For example, MacKenzie et al (2011) were able to identify location information on Atlantic salmon by measuring carbon isotopes within the fish tissue. From this research, the researchers developed isotopically-derived maps demonstrating feeding locations, migration pathways and age-class specific movement patterns.

Comparable examples can be found in the terrestrial environment, Julien et al. (2012) analyzed strontium, carbon and oxygen isotopes from 25 individual steppe bison (Bison priscus) living during the Pleistocene approximately 18,500 years before present. The researchers found that the 𝛿13C values were consistent with bison living off of C3 plant types, typical of steppe grassland environments. Furthermore, the strontium (87Sr/86Sr) signatures demonstrated that the bison did not migrate extensively seasonally, but rather stayed within a limited range throughout the seasons. 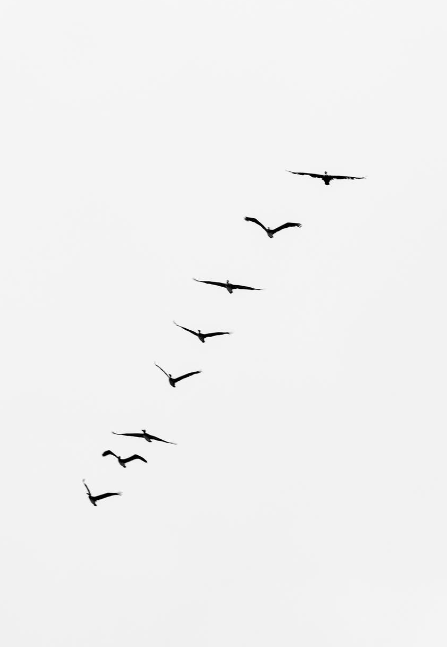 Similar to carbon isotopes, animal consumption can assist in tracking migration through the use of oxygen isotopes (𝛿18O) – this time as a result of animal water consumption. Oxygen is a key component of water (H2O) and thus any variability in oxygen isotopes (𝛿18O) is traceable through water source. This can be as a result of direct water uptake or through water taken up by plant tissue. Oxygen isotopes vary across space and time as a result of the rainout process across latitudes, continents and seasons. For example, 𝛿18O tends to be enriched (higher 𝛿18O) during the summer season and depleted (lower 𝛿18O) during rain and snowfall events. Furthermore, continental areas tend to have depleted 𝛿18O due to the sequential rainout as clouds move from the ocean to the center of continents. These principles have been applied to many migratory studies – including research by Hobson et al. (2004) who was able to track migratory bird movement across Europe using 𝛿18O.

When analyzing bone samples, oxygen isotopes can be measured on various portions of the bone – including the carbonate portion and the phosphate portion. Whilst both proportions have demonstrated a positive relationship between organism 𝛿18O and precipitation 𝛿18O, the oxygen in phosphate has been shown to have a stronger relationship with less isotopic exchange and fractionation between uptake via drinking water and substitution within the bone (Lenn et al. 2019). As a result, analyzing 𝛿18O in bone phosphate will likely provide a more accurate result than 𝛿18O in bone carbonate.

Finally, neodymium (Nd) is another isotope that has been utilized in provenance studies, specifically the ratio of Neodymium-143 to Neodymium-144 (143Nd/144Nd); often in combination with oxygen and strontium. Neodymium is found in relatively small concentrations in bone samples and thus has only been viable for measurement given recent advances in mass spectroscopy. Today, with highly accurate machinery, 143Nd/144Nd have been measured and connected to the Nd signatures in local bedrock and ambient water – allowing one to trace origin and movement of organisms in a similar manner to other aforementioned migration isotopes.

Strontium, oxygen, neodymium and carbon isotopes can be measured in a variety of animal tissues, including bones and hair. However, the type of bone chosen is very important when narrowing down the lifestage of interest. Different bones and tissues from an individual may show different isotopic values due to the incorporation of these isotopes from various habitats as the individual moved throughout their life. For example, some structures (e.g. teeth) are developed in early life and can therefore be measured to get a sense of the geographic origin of the animal in question. On the other hand, other structures that continuously regenerate – such as nails and hair – can be used to identify changes in migration later in life.

Cerling et al. (2005) measured carbon isotopes in elephant hair collected over a period of two years. By collecting regenerating hair from the same elephants over this period, they were able to identify dietary changes by differentiating the 𝛿13C signature in different vegetation types within the elephants’ habitat (e.g. feeding on tropic grasses vs. raiding drops). Variability in the elephant diets over time provided insight into wildlife behavior and seasonal migration patterns. 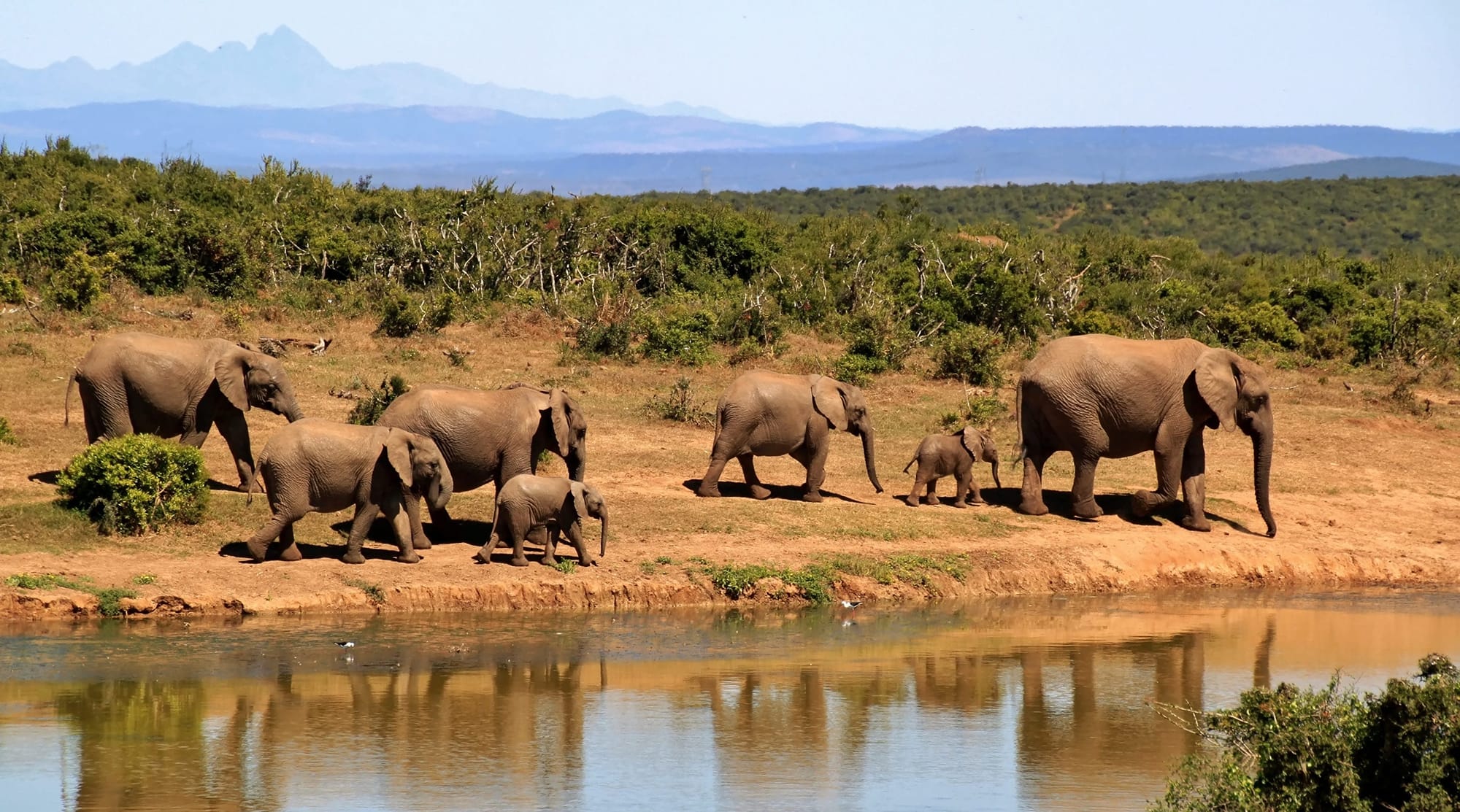 Using multiple types of structures allows one to reconstruct movement from birth through to death of individual animals, providing detailed information on migratory pathways. In addition to tracking migration, these and other isotopes can be utilized to trace the diet of herbivores and carnivores (read more about Dietary Isotopes) as well as in forensic science to identify victims and perpetrators (read more about Isotopic analysis in forensic geography).