Exploration and dating
In petroleum exploration, it is vital to be able to interpret and date key occurrences within petroleum systems – including petroleum generation and alteration (post-generation). For example, identifying and dating the occurrence of certain authigenic minerals (e.g. carbonate cements) can provide information on when and where oil is likely to accumulate to aid in targeting exploration.

One specific mineral that can be analyzed is authigenic pyrite (Figure 1), which is often connected to hydrocarbon generation; the trace minerals of which provide clues of the deposition environment. Strontium (Sr) and lead (Pb) isotopes in such authigenic pyrites can provide geochronological and source information. For example, Li et al. (2020) analyzed Pb isotope analysis of pyrite to characterize petroleum system events within Ordovician carbonate rocks from NW China.

Paired Strontium-Lead (87Sr/86Sr, 206Pb/204Pb, 208Pb/204Pb) can be measured to characterize crust origin, as well as crust and mantle mixing to provide information on likelihood of petroleum hydrocarbons. For example, Zhang et al. (1999) measured Pb and Sr ratios in organic matter of Lower Tertiary rock along a fault depression in eastern China, finding evidence of soluble organic matter. The authors predicted that this organic matter was likely to develop hydrocarbons, leading to the formation of petroleum deposits along the fault.

Contact us today to discuss utilizing strontium (Sr) and lead (Pb) for your petroleum exploration research.

Following the exploration and extraction phase, isotopes can be used to verify the final petroleum product. In cases where modern biomass and ancient petroleum sources are utilized in the development of fuels, radiocarbon dating can be utilized to check or prove the accuracy of biofuel blends. Biofuels are transportation fuels developed from partial to fully renewable sources of carbon – such as modern plants and animals. 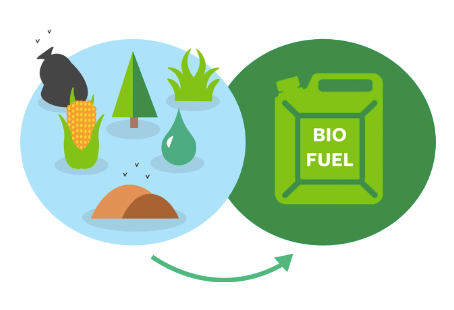 Carbons of modern age produce a distinct radiocarbon (14C) signature close to that of the current atmosphere, whereas ancient petroleum-derived carbon sources have a radiocarbon content of zero. Without radiocarbon, the two carbon sources are chemically indistinguishable. Given this relationship between age of carbon and the biofuel source materials, it’s possible to confirm the fuel blend proportions when both sources are used, providing a verification of the quality.

Beta Analytic utilizes ASTM D6866 to verify the accuracy of biofuel blends by testing for the renewable proportion by quantifying the 14C in the samples. Read more about using the ASTM D6866 method for measuring biogenic carbon content of fuels and why 14C is becoming an important tool in the biofuels industry.