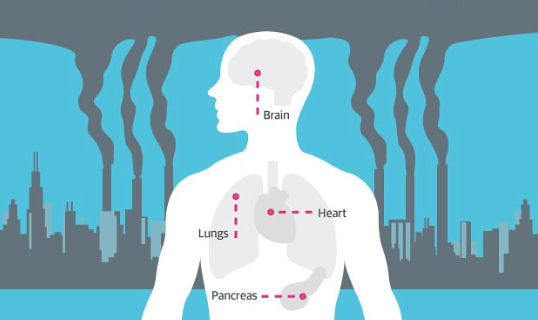 Lead isotopes (Pb) are known to be a very toxic non-essential element, with origins within the earth’s crust. Through anthropogenic activities, lead becomes altered and released into the atmosphere, where it acts as a trace aerosol pollutant. Exposure can have radiating effects on human and organism health – damaging organs and even leading to severe respiratory diseases (Dockery et al. 1993).

Lead isotopes come in multiple different forms, four of which are naturally occurring,204Pb, 206Pb, 207Pb and 208Pb. The 206Pb, 207Pb and 208Pb isotopes are radiogenic as they are the end product of the radioactive decay chain of radioactive elements (238U, 235U and 232Th, respectively. The abundance of these isotopes is presented with respect to each other where the most common isotopic ratio is 206Pb/207Pb. Using isotope ratios, lead sources, migration and effects can be traced through the atmosphere, biosphere, hydrosphere and geosphere. The precision of the different lead isotopes is very important in order to distinguish sources and trace its movement through space and time. Measurement through multi-collector inductively coupled plasma-mass spectrometry (MC-ICP-MS) makes such research possible, with errors reported to the 95% confidence interval.

Lead isotopes can be measured in atmospheric particulate matter to assess timing, concentration and source of Pb-derived pollution. For example, Cong et al. (2019) measured 206Pb/207Pb in atmospheric particles in Beijing over a 1-year period using filters and total suspended particulate samplers. The authors found variations in the type and concentration of lead at different times during the year, with highest concentrations in the autumn and winter compared to the spring and summer. They were able to connect the lead pollution to burning of coal, wearing of tires, and emissions from vehicle exhaust. 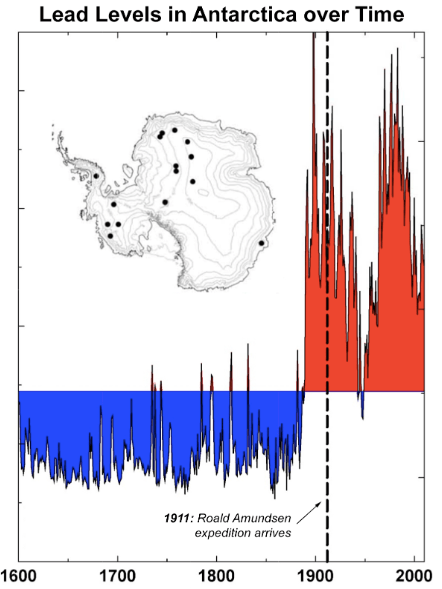 In addition to tracking pollution in the modern atmosphere, the analysis of lead isotopes in ice cores has been used to reconstruct pollution through time. For example, McConnel et al. (2014) measured lead isotopes in annual layers within a series of Antarctic ice cores, spanning from 1600 C.E. to present day. They found that lead pollution first became apparent in the 1880s across all Antarctic ice cores (Figure 1), likely as a result of pollution from an Australian origin. Interestingly, this study found that the results were similar in concentration and timing, demonstrating the strong mixing of the atmosphere over Antarctica.

Beyond the atmosphere, lead isotopes can be measured in many different types of archives – including tree-rings, lake sediments, bones and peat deposits to reconstruct variability over time. Lead isotope exposure and negative health effects is not just a modern phenomenon – humans have been exposed to lead pollution for many centuries. Through the analysis of lead isotopes in bone samples, López-Costas et al. (2020) found that lead isotopes were incorporated into the bones of rural dwelling Romans at very high levels compared to post-Roman occupation at the same site. As a result, the researchers determined that cultural factors (e.g. exposure resulting from daily activities) was a more important factor contributing to lead contamination in bones compared to lead integrated through local geology alone (e.g. through consumption of local plants). Read more about Lead Isotopes in Archeology.

Lead isotopes in Norway Spruce (Picea abies L.) tree-rings highlighted periods of intensified industrial emissions in central Europe during the 1960s and 1990s – demonstrated through distinct peaks in 206Pb/207Pb (Novak et al. 2010). Furthermore, a study of lead isotopes in lake sediments in Florida was used to identify changing sources of lead  pollution across the last century – namely the use of leaded gasoline until the 1960s. Similar methods have also been utilized in peat bogs to reconstruct lead originating from mines and ore smelting in Europe (Novak et al. 2003). Read more about using Isotopes in Lake Sediments.

Sources of lead pollution and petroleum 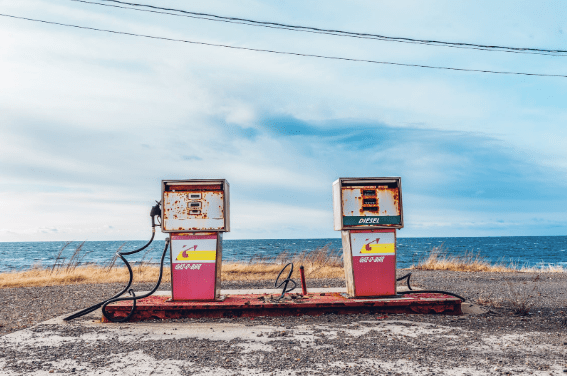 In conjunction with tracing the timing of lead pollution, researchers are also able to pinpoint the types of petroleum causing the pollution peaks using lead isotopes. For example, Yao et al. (2015) characterized the different types of fuels used in Taiwan to determine what types of fuels contribute to lead pollution in urban areas following the phase out of leaded petroleum in 2000. The researchers found a significant drop in lead pollution following the phase out, however, the unleaded petroleum still polluted small amounts of lead; the origin of which was confirmed through the analysis of 208Pb/206Pb ratios. Higher concentrations were found during the winter when atmospheric dispersion of aerosol particles is weak.

Lead isotope ratio data are reported as 206Pb/204Pb, 207Pb/204Pb, 208Pb/204Pb, 208Pb/206Pb, and 207Pb/206Pb ratios. Uncertainties for each sample measurement is presented as the 95% confidence interval (CI). Presented graphically on a plot which includes representative ranges of the lead isotopic ratios of various materials.