In geochemical research, stable and unstable isotopes are used to understand the chemistry behind natural processes. Isotopes are different forms of a single element, with differing numbers of neutrons within their nucleus, resulting in different atomic masses. For example – oxygen has many known isotopes, including the three most common ones: 16O, 17O and 18O. These forms of the same element move through the hydrosphere, geosphere and atmosphere differently as a result of partitioning of heavier and lighter forms (isotopic fractionation). 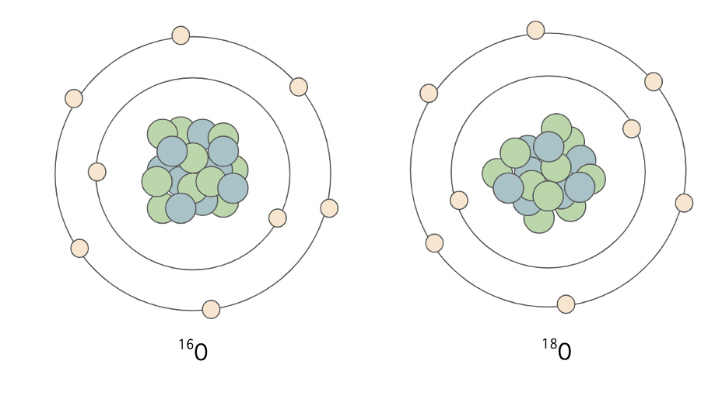 Example of two stable isotopes for oxygen: the light 16-oxygen and the heavier 18-oxygen.

Isotopes can be stable or radioactive in nature, and differ in a variety of ways:

The delta (δ) notation is used when comparing the relative abundance of one isotope (e.g. 16O) compared to another isotope from the same elements (e.g. 18O), expressed in parts per thousand (per mil: ‰) and reported with respect to international standards (e.g. oxygen is reported against SMOW = Standard Mean Ocean Water).