A history of Lead exposure 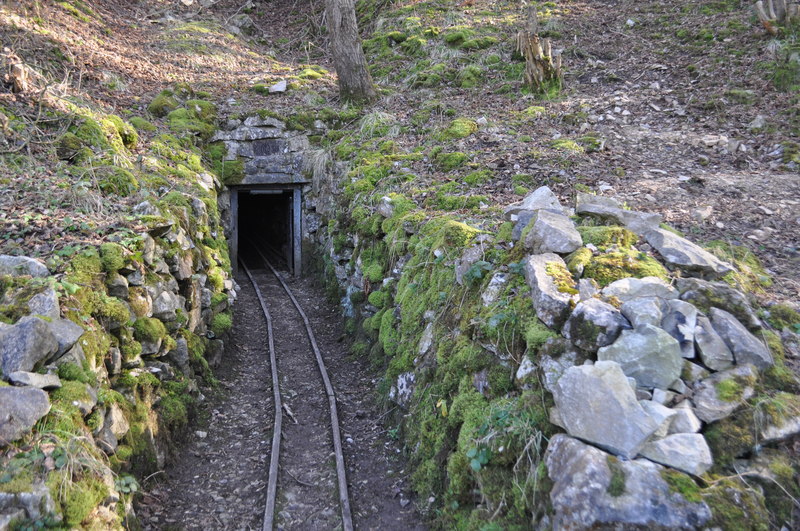 Lead (Pb) is a naturally occurring element found within the earth’s crust as well as in bodies of water, soil, and overlaying plants. Throughout history, civilizations have mined lead deposits from the crust and utilized it for man-made objects – ultimately exposing the environment, wildlife, and society to toxic levels of lead throughout history. The mining and utilization of lead goes back many millennia, with early artifacts such as jewelry dating back to more than 6000 years ago.

While very useful for many different products, lead can pose adverse effects on human health. Once exposed, lead circulates throughout many areas of the body – including throughout organs and bloodstream – eventually accumulating in bones. This can result in devastating impacts to many body systems including the nervous, immune, reproductive and cardiovascular systems, and cause neurological issues in children. Similar negative effects occur in environments exposed to lead, including reduced growth and vitality of plants and animals, with neurological issues common in animals. 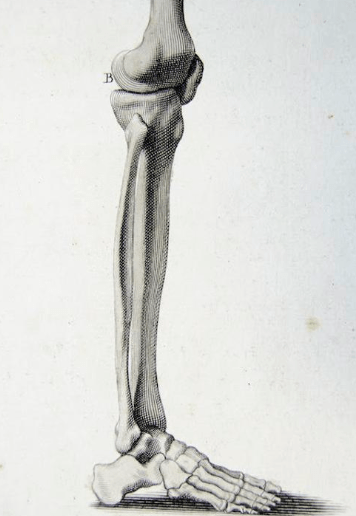 Such negative consequences of lead exposure was recognized around 2000 BC during widespread lead use. Despite this, Romans continued to exploit lead throughout the Roman Era – utilizing it on an immense scale for many day-to-day items such as utensils, cooking implements, cups, plumbing, weaponry, make-up, and jewelry. This resulted in a significant uptake in lead daily – up to 250 mg/day, more than 800-fold the current intake.1 Studies have hypothesized that such massive levels of lead exposure and poisoning may have caused neurological disorders, infertility, and eventually the collapse of the Roman Empire.2 In a recent study by Scott et al. (2019)3, thigh bones from individuals living during the urban development peak in Roman-era London (ancient Londinium) were analyzed for lead isotopes. They demonstrated the widespread and far significant exposure previously documented (70-fold greater than local pre-Roman populations). When such levels of lead are absorbed on a regular basis for a long period of time, bioaccumulation can occur – a process in which lead accumulates within the body when intake occurs at a higher rate and magnitude than the rate of release (or excretion). This can even result in bioaccumulation, whereby lead continues to accumulate through the food chain at progressively higher concentrations. 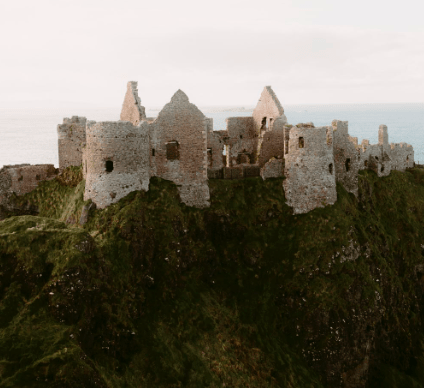 The rise and fall of lead use through space and time makes the reconstruction of lead isotopes very interesting for research into past civilizations and present environmental studies. Lead (Pb) has four stable isotopes (204Pb, 206Pb, 207Pb and 208Pb), the latter three of which represent the end of radioactive decay chains (uranium, actinium, and thorium, respectively).

In archaeological research, lead isotopes are often used to track pollution by measuring lead concentration and lead isotopes to hypothesize the level of exposure and type of source, respectively. For example, in a study by Montgomery et al., (2012), the researchers brought together lead isotope data from enamel samples of 200 burials in Britain, Ireland, and Rome to identify differential exposure to lead across different periods from the Neolithic to the Late Medieval. They found progressively increasing lead concentrations through the eras, peaking in the Late Medieval period. Furthermore, it was discovered that these individuals had lead isotope signatures which originated from natural lead exposure from local rocks, likely due to exposure from widespread mining, plumbing, transportation, and lead-bearing artifacts. The authors found lead isotopes were particularly useful in this context given the difficulty in differentiating between Mesozoic rocks with strontium (Sr) isotopes in Britain. 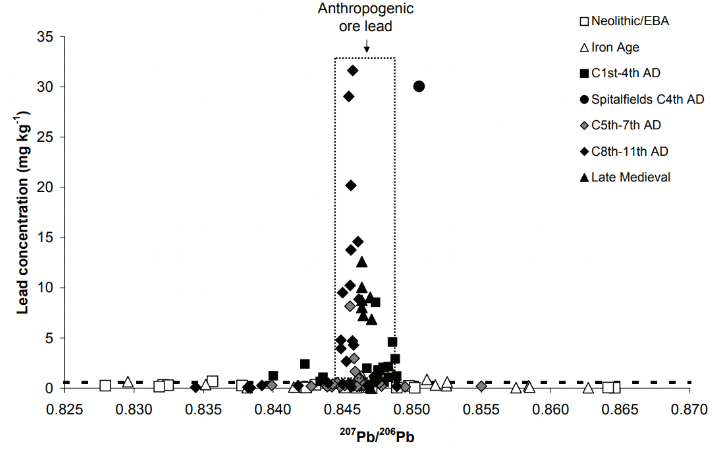 In modern environmental research, lead isotopes can be used to reconstruct the concentration as well as the type of lead pollution entering the atmosphere from human activities. This is often done through the analysis of various lead ratios (e.g. 206Pb/207Pb) on atmospheric particulate matter. The current levels of lead in the atmosphere are important for estimating risk to human and environmental health, as well as the potential to further catalyze climate change. In a recent study by Cong et al. (2019), the researchers traced trends and sources of lead isotopes within a wetland area in Beijing. They found significant lead pollution from coal burning, as well as vehicle tire burning and exhaust emissions spanning across all seasons – with greater levels in autumn and winter. They found the high levels were likely due to the proximity to a major road, demonstrating the potential impact highways can have on polluting adjacent natural areas.